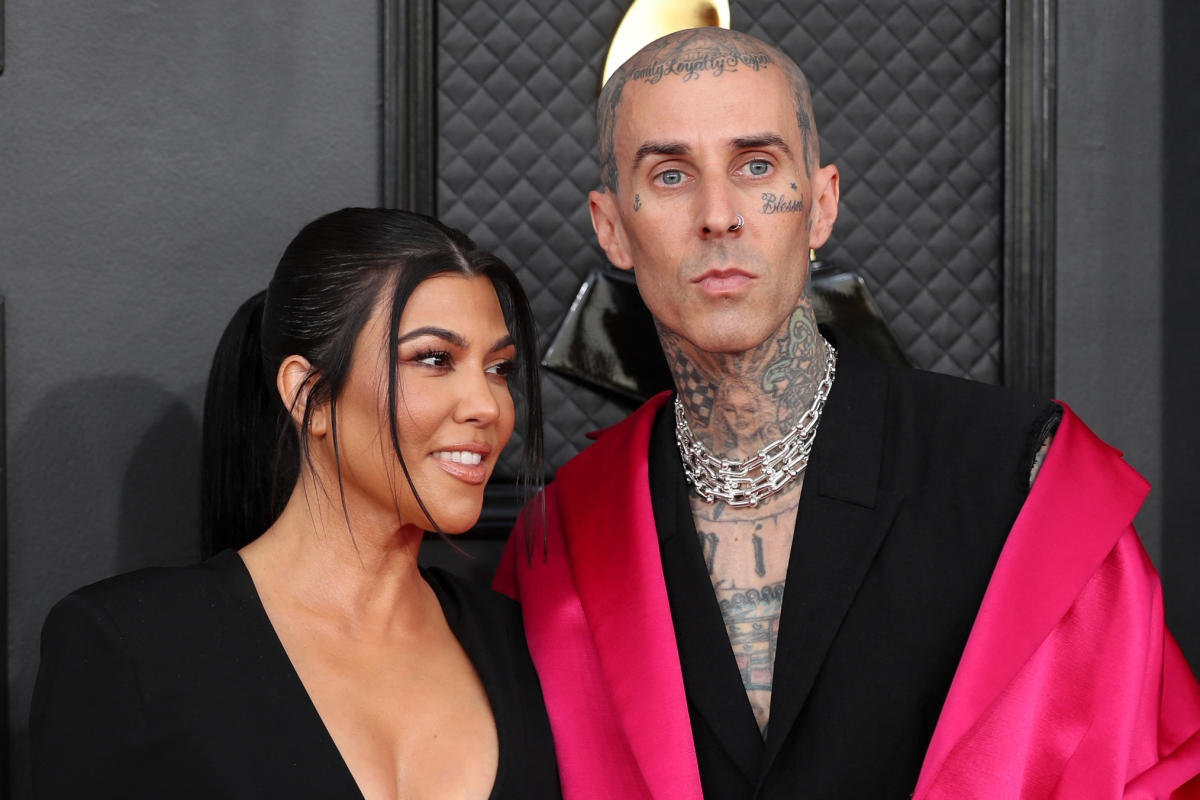 It’s been six months since Travis Barker proposed to Kourtney Kardashian and fans are about to see how it all went down. On Hulu’s new episode of The Kardashians, Barker tells Kris Jenner and Khloé Kardashian why he wants to pop the question on Oct. 17.

Jenner is in a car with Khloé, who is talking to daughter True, and the momager rushes her off the phone. Jenner then asks the driver to exit the vehicle.

“Sir, can I ask you to leave us alone for five minutes,” Jenner declares, even making the guy close the trunk for extra privacy.

“When my mom wants the driver out of the car and to have a private conversation, there’s normally only a handful of things that play through my head: Did somebody f*** up? Somebody’s pregnant. There’s a crisis,” Khloé says in her confessional.

Jenner gets Barker on the phone and tells him, “I think we secured the date you wanted.”

It appears the Blink-182 drummer asked Jenner off-camera the day prior about proposing to Kourtney. But Khloé’s emotional reaction is caught on film.

“So the 17th is the first day we ever hung out. Like I told your mom, I’ve been madly in love with Kourtney forever,” Barker tells the Good American founder. “I believe she’s my soulmate and I would like to propose to her on the day that I first was with her.”

“I’m so happy, just because Kourt is going to be so happy. I do not cry and I’m crying because I’m happy and that’s really f***ing weird for me,” she says. “When I got engaged I don’t think I cried!” (She got engaged — and married to — Lamar Odom. It was reported Khloé and Tristan Thompson got engaged, before splitting for good.)

Khloé says she’s emotional because of what this will mean for Kourtney: “I’m just so happy because she’s never wanted to get married or anything like that, and I know she does now with him.”

Barker popped the question on Oct. 17 at Rosewood’s Miramar Beach hotel in Santa Barbara, Calif. And, of course, Kourtney said yes. It looks like next week viewers will see the special day.

The Kardashians drops weekly on Hulu on Thursdays at 12 a.m. ET.