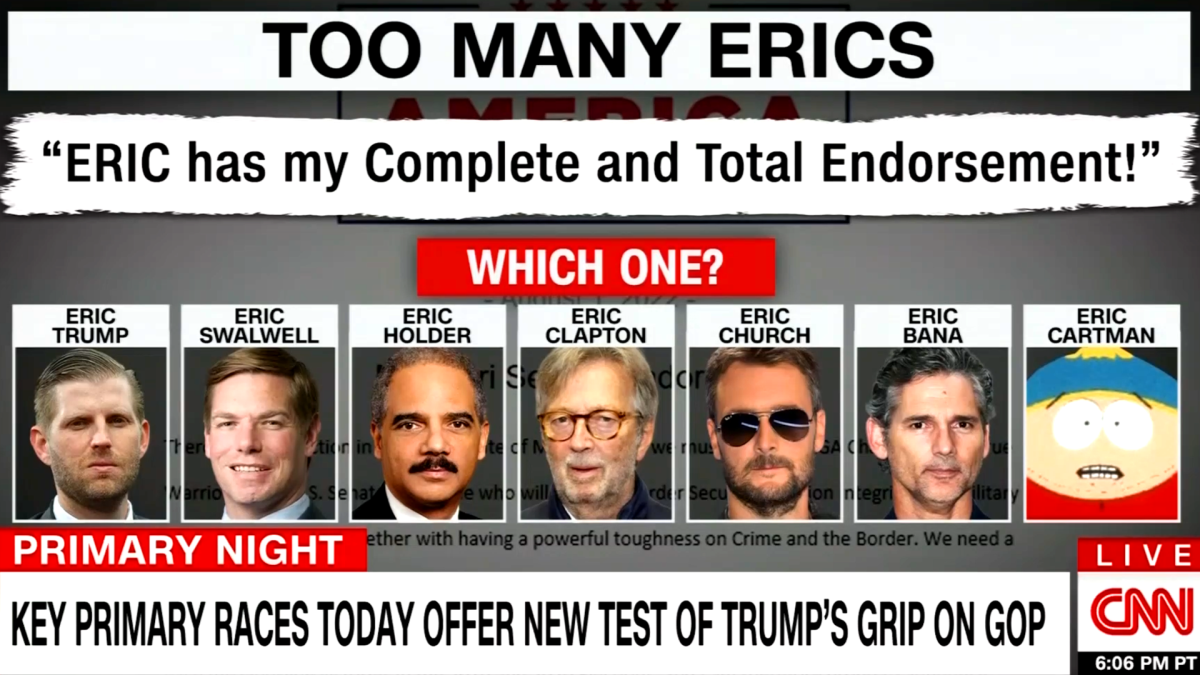 Laura Coates had some fun on CNN Tonight Tuesday, mocking former President Donald Trump’s vague endorsement of “ERIC” in the Missouri Republican Senate primary race on Monday. That left many people confused due to the fact that there were three Erics running in the race, though only two of them had a realistic chance of winning Tuesday’s primary.

Disgraced former Governor Eric Greitens was quick to claim the endorsement, as was the state’s Attorney General Eric Schmitt. But because Trump left it open to interpretation, Coates decided to throw some other Erics out there.

“I have a very serious question for you, Ron (Brownstein). I want to know which Eric do we think he was endorsing,” Coates said. “I mean, I have a full screen here. I think these are the different people who it possibly could be, and I’m wondering, which of these people do you think?”

Attorney General Eric Schmitt easily ran away with the GOP nomination, but that race hadn’t been called yet. So Coates and the panel speculated on which of these famous Erics Trump could have meant.

“It must be — is it Eric Holder? Is it Eric Cartman?” Coates asked. “It could be any one of them. Clapton?” “Eric Church is up there,” added former Democratic congresswoman from Iowa, Abby Fiinkenauer. “Eric Church? We’re doing them all,” Coates said. Brownstein added, “He hedged his bets.” Coates then admitted, “I couldn’t help it.”