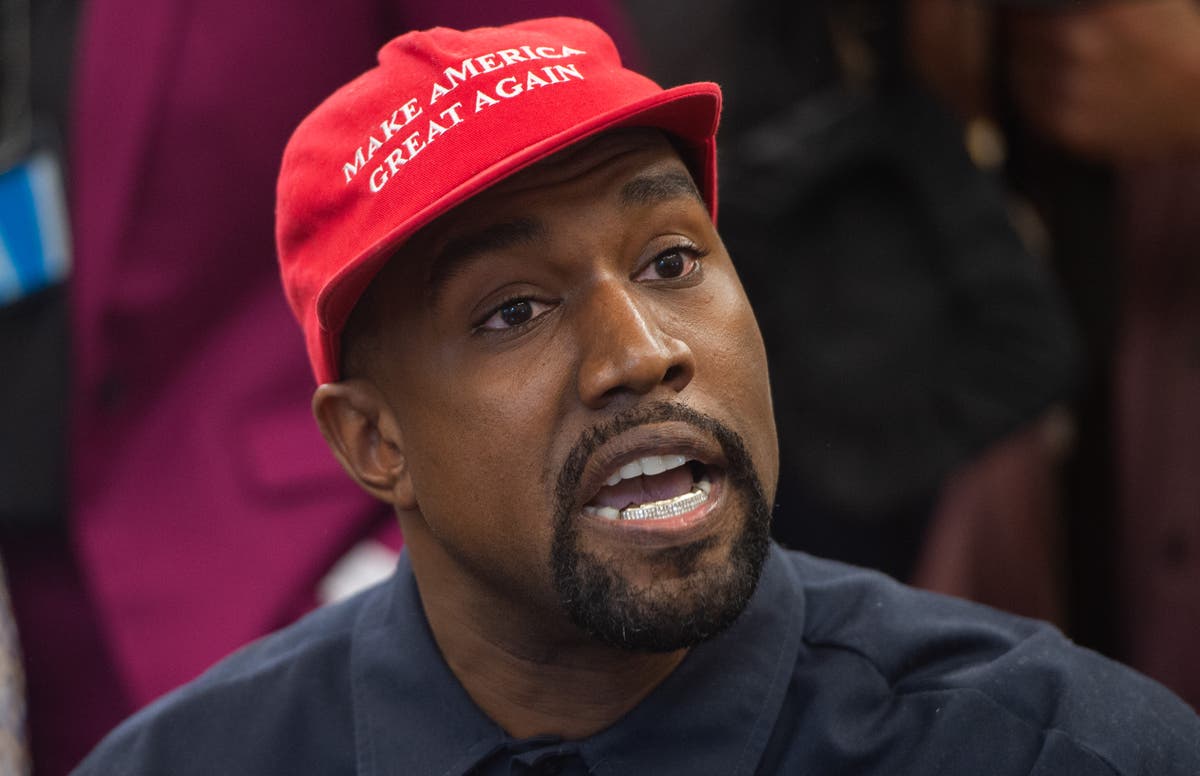 On the heels of having his Instagram restricted after sharing anti-Semitic posts, Kanye West has now violated Twitter’s rules with an anti-Semitic tweet that’s since been removed and promtped calls to “permanently ban” him from the platform.

He’s also been locked from using the platform.

Late on Saturday night, Mr West shared a tweet that declared he was going to go “death con 3” on Jewish people and alleged that he wasn’t “Anti Semitic because black people are actually Jew.” The tweet was removed by Twitter and replaced with text that said it violated the Twitter Rules, linking back to the company’s platform use guidelines.

Many Twitter users were quick to lambast the rapper for being anti-Semitic while others called on Twitter to ban him from posting.

“Stop excusing Kanye West with ‘mental health problems.’ He needs a permanent ban for his antisemitic tweet and to be fully exiled for spreading this hateful rhetoric,” wrote writer Monisha Rajesh.

Congressman Ritchie Torres wrote: “Kanye West: if you see yourself at war with Jewish people, then you are, by definition, Antisemitic. Shame on you and your enablers like Tucker Carlson.”

“That anti-Semitic tweet and death threat from Kanye West should’ve been enough for Twitter to suspend him permanently. It’s so bad I don’t even want to share a screenshot,” wrote developer Christopher Bouzy.

One user simply said, “I hope they ban Kanye off twitter too” while another asked: “Why is his account still up?”

In a statement to The Independent on Sunday, a Twitter spokesperson confirmed that Mr West’s account “has been locked due to a violation of Twitter’s policies.”

The Independent has contacted representatives for Mr West for comment.

Earlier this weekend, West shared a post on Instagram that suggested that Sean “Diddy” Combs was being controlled by Jewish people. The post, which was quickly condemned by the American Jewish Committee as “dangerous,” was taken down by Instagram for “violating our policies and placed a restriction on the account.”

A Meta spokesperson told The Independent on Saturday that they “may place restrictions on accounts that repeatedly break our rules, for example, we may temporarily restrict them from posting, commenting, or sending DM’s.”