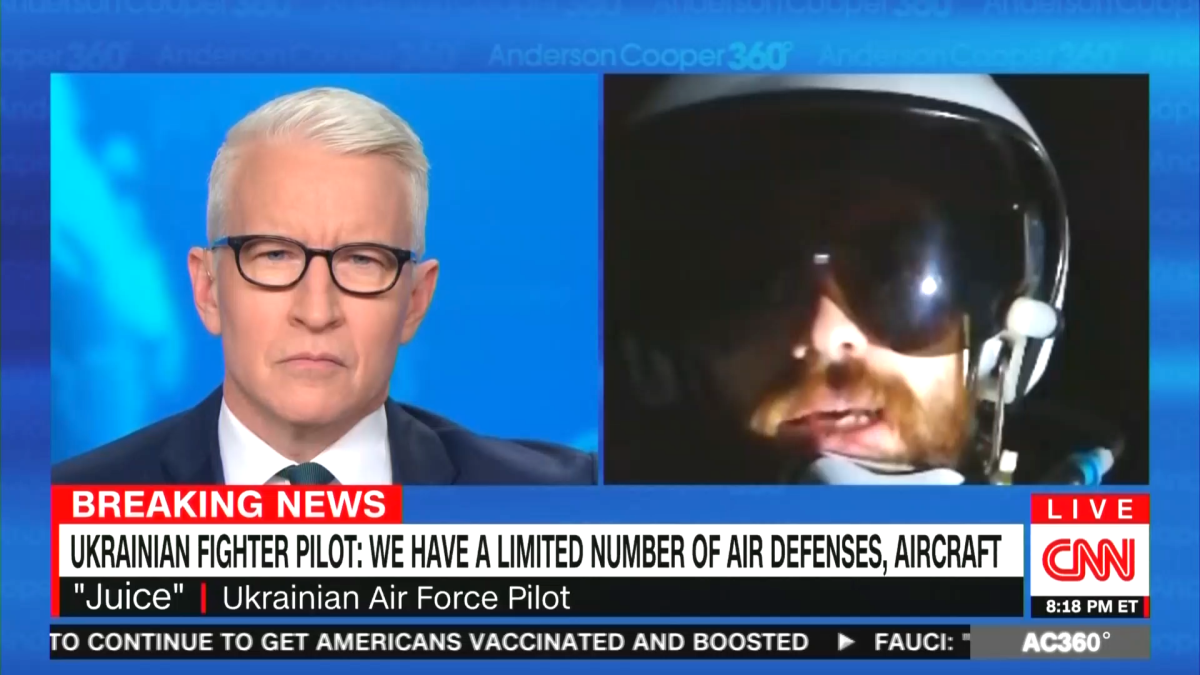 Juice, a Ukrainian fighter pilot who only went by his call sign, and wore his helmet and visor to protect his identity, appeared on Anderson Cooper 360 Monday where he spoke about the fight for the skies above Ukraine. Juice, who was given the name by friends in the California Air National Guard, admitted that Russia can currently claim air superiority, but said Russian casualties are mounting.

“Russians have a lot of loss — losses, and they have a fear of our air defense,” Juice said. “So they couldn’t fly here just comfortable for them.”

Juice said he’s currently on standby, awaiting orders if a threat arises, and spoke of his current role in defending Ukraine.

“I’m sitting just near [the] aircraft or just in the cockpit,” Juice said, “and my colleagues from the radar units, they’re just giving me the information about targets, and I’m taking off and intercepting these threats.”

Though the U.S. is continuing to supply Ukraine with defense systems, it blocked the transfer of fighter jets from Poland that would have gone to Ukraine via a U.S. air base in Germany. Juice said they need more jets if they are to gain air superiority.

“We need efficient ground air defense systems,” Juice said, “and we need some other fighter jets to gain the air superiority to fight effectively against these threats.”

And Juice said that he and others are ready to continue their defense against Russia’s war of aggression.

Check this tense moment on the American Idol set as the judges are targeted by a bizarre prank: