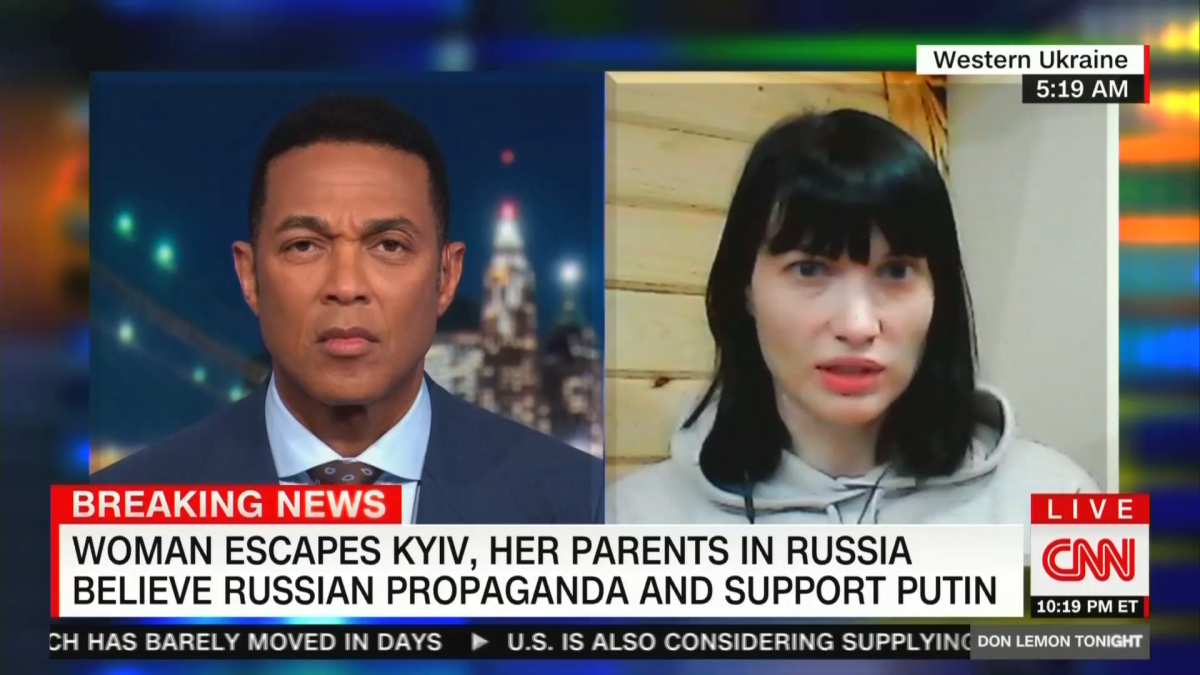 Lisa, a Ukrainian woman who escaped Kyiv and is currently in western Ukraine, who also asked that her last name not be used for safety purposes, appeared on Don Lemon Tonight Monday where she spoke about the effectiveness of the disinformation campaign that the Russian government is currently running on its citizens. Lisa said that her parents live in Russia, and believe the propaganda they are fed on a daily basis. Even her own evidence wasn’t enough to convince them that the Russian military is doing anything wrong.

The Russian government has recently cracked down on independent journalism and free speech even more than normal in an attempt to spin its own narrative about the war that it started, and Lisa said her parents believe what the government is telling them.

“They really believe what they see on TV more,” Lisa said. “Of course they are afraid for my own safety and for their grandchildren, but I’ve heard from them that even things like Ukrainian army is shooting its own civilians. But who serves in the Ukrainian army? Those who have their homes and their families here.”

Lisa said that even before the war, her parents and other Russians laughed at Ukrainians who took the threat of invasion seriously.

“She told me that Russians are laughing at that panic,” Lisa said. “They believe that Ukrainians are just crazy, that Russia will never attack. So it was just one week before the invasion.”