The interface between adventure sport and the environment is never more keenly felt than in the world’s oceans. Whether on them or under them, the impact of humankind on marine life is more noticeable, ironically perhaps, the further you get from people. And you don’t get much further from people than on a round-the-world yacht race. Last week, Ulysse Nardin, a Swiss watchmaker that knows a thing or two about the ocean, officially announced both a new watch and an alliance with round-the-world team 11th Hour Racing.

The team is the only U.S. entry in The Ocean Race, a grueling 32,000 mile offshore schlep that starts in January 2023 from Alicante in Spain. 11th Hour’s five-person crew will circumnavigate the globe in a next-gen foiling IMOCA 60 monohull called Malama. Their course is by way of Cape Horn, Australia, and the Southern Ocean, in a generally westerly direction that is normally referred to by sailors as “the wrong way” because it sails into the teeth of prevailing winds and currents making the sailing that much tougher. 11th Hour will use the event to highlight the need for action on climate change and its whole organization is built along ethical and sustainable lines.

Fittingly, the watch the crew will wear—the Diver X The Ocean Race—represents the cutting edge of experimental sustainability for Ulysse Nardin. It’s a robust 44m piece in steely gray, made from a high-tech combination of recycled steel, recycled ocean plastic, and Carbonium, a carbon-based material derived from the French aerospace industry. The strap is 100 percent ocean plastic, too. The watch, which is rated to 300m, carries Ulysse Nardin’s in-house automatic UN118 movement with a power reserve of 60 hours and, to keep the carbon footprint down, all the parts used in the watch were sourced from within a 30km radius of the house’s manufacture in Le Locle. 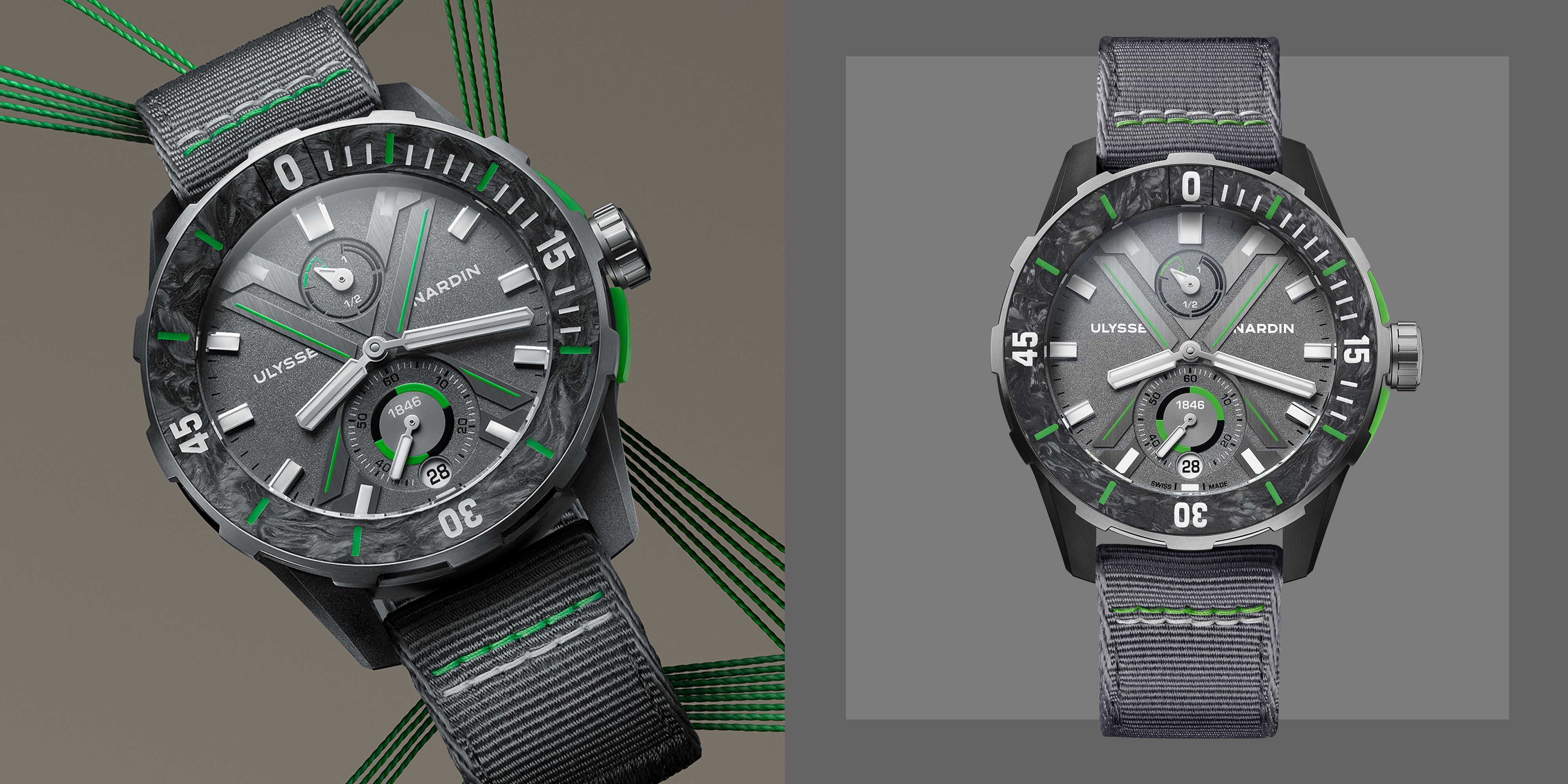 Ulysse Nardin has been associated with the ocean pretty much since its inception in 1846, when its eponymous founder began making precision marine chronometers for ships, then a vital navigational tool. By the early 20th century, Ulysse Nardin was supplying marine chronometers to over fifty of the world’s navies. Technology eventually got the better of mechanical chronometers, although some sailors still cross entire oceans with the trusty analog combination of chronometer and sextant as a back-up to modern electronic chart plotters.

A history in these rather elegant scientific instruments naturally influenced Ulysse Nardin’s design in the modern era. But in the past 20 years the brand has sought to break from its lofty playbook, applying its age-old technical prowess to some very forward-looking pieces like the Diver X, of which this special edition is limited to 200 pieces.