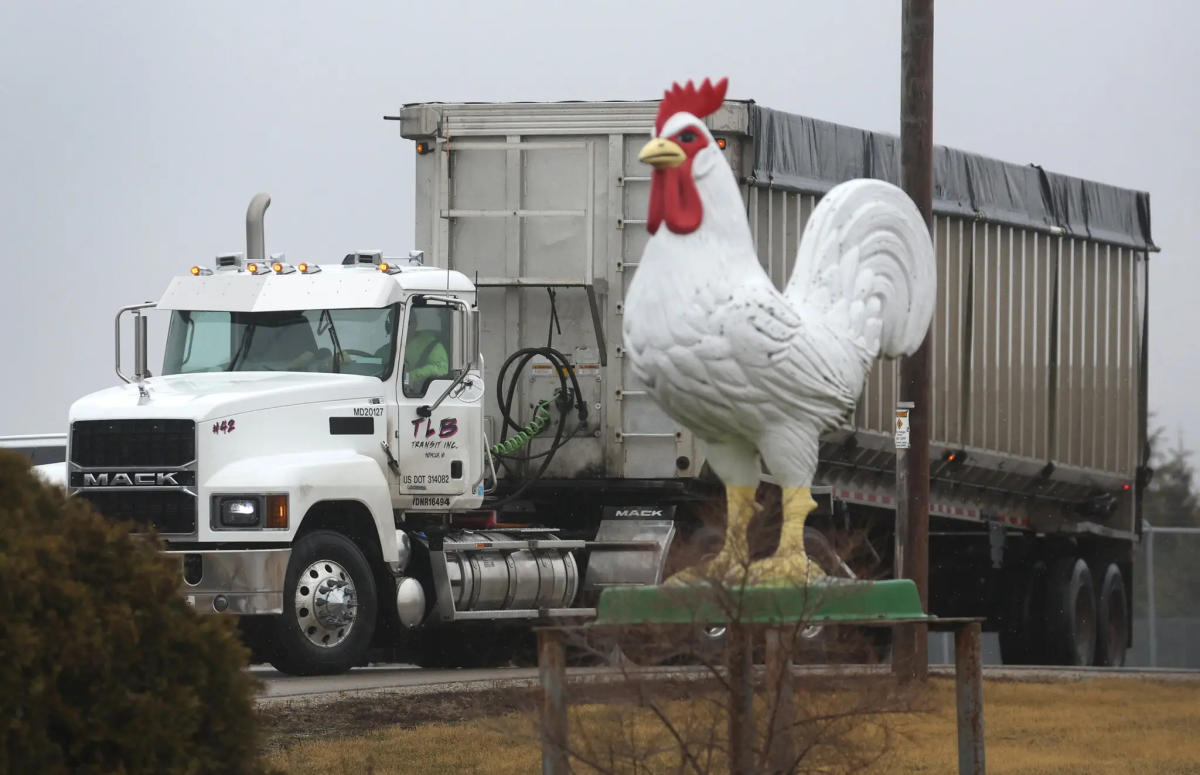 From Wyoming to Maine, an outbreak of the highly contagious bird flu has swept across farms and backyard flocks in the United States this year, prompting millions of chickens and turkeys to be culled.

Iowa has been particularly hard-hit, with disasters being declared in some counties and the state canceling live bird exhibits in an order that may affect its famed state fair.

Here is what we know about the bird flu.

Sign up for The Morning newsletter from the New York Times

What is avian influenza?

Better known as the bird flu, avian influenza is a highly contagious and deadly virus that can prey on chickens, turkeys and wild birds, including ducks and geese. It spreads via nasal secretions, saliva and fecal droppings, which experts say makes it difficult to contain.

Symptoms of the virus include a sudden increase in the mortality of a flock, a drop in egg production and diminished consumption of feed and water.

The virus, Eurasian H5N1, is closely related to an Asian strain that has infected hundreds of people since 2003, mostly those who had worked with infected poultry. Its prevalence in the United States is not unexpected, with outbreaks previously reported in Asia, the Middle East and Europe.

Should humans be worried about being infected?

The risk to humans is very low, said Ron Kean, a faculty associate and extension specialist in the University of Wisconsin at Madison department of animal and dairy sciences.

“It’s not impossible for humans to get this virus, but it’s been pretty rare,” Kean said.

The Centers for Disease Control and Prevention said it had been monitoring people in the United States who were exposed to infected poultry and other birds. So far, no cases of H5N1 infection have been found among them, the CDC said.

Is it safe to eat poultry and eggs?

Yes, according to the U.S. Department of Agriculture, which has said that properly prepared and cooked poultry and eggs should not pose a risk to consumers.

The chance of infected poultry entering the food chain is “extremely low,” the agency has said. Under federal guidelines, the Food Safety and Inspection Service, part of the USDA, is responsible for inspecting all poultry sold in interstate and foreign commerce. Inspectors are required to be present at all times during the slaughtering process, according to the service, which noted that the inspectors have unfettered access to those facilities.

Egg production facilities that are subject to federal regulation are required to undergo daily inspections once per shift, according to the inspection service. State inspection programs, which inspect poultry products sold only within the state they were produced, are additionally monitored by the USDA.

Because of the mandated culling of infected flocks, experts say, the virus is primarily an animal health issue at this time.

Still, the USDA recommends cooking poultry to an internal temperature of 165 degrees Fahrenheit to reduce the potential for foodborne illness.

Can I expect to pay more for poultry products?

Egg prices soared when an outbreak ravaged the United States in 2014 and 2015. Recently, the average price of premium large white eggs has been “trending sharply higher,” according to a March 25 national retail report released by the USDA. If infections course through more flocks, experts said, there could be some shortages of eggs. Prices for white and dark chicken meat were also rising, according to the USDA. Experts warned that turkey prices could also become more volatile.

How is the virus detected?

Testing for the avian flu typically involves swabbing the mouths and tracheal area of chickens and turkeys. The samples are sent to diagnostic labs to be analyzed.

Outbreaks have been detected in more than a dozen states.

As of March 31, the highly pathogenic form of the avian flu had been detected in 19 states, a tracking page maintained by the USDA showed.

The combined number of birds in the infected flocks — the commercial and backyard type — totaled more than 17 million, according to the agency. A spokesperson for the USDA confirmed that those birds would be required to be euthanized to prevent the spread of the virus.

A commercial egg production facility in Buena Vista County, Iowa, constituted the largest infected flock and was made up of more than 5.3 million chickens, the USDA said.

How do these outbreaks compare to previous ones?

The U.S. outbreak in 2014 and 2015 was blamed for $3 billion in losses to the agricultural sector and was considered to be the most destructive in the nation’s history. Nearly 50 million birds died, either from the virus or from having to be culled, a majority of them in Iowa or Minnesota.

The footprint of the current outbreak, extending from the Midwest and Plains to northern New England, has raised concerns.

What can be done to stop the spread of the virus?

As early as last year, the USDA warned of the likelihood of an outbreak of the avian flu and emphasized a hardening of “biosecurity” measures to protect flocks of chickens and turkeys.

Biosecurity measures include limiting access to the flocks and requiring farmworkers to practice strict hygiene measures like wearing disposable boots and coveralls. Sharing of farm equipment, experts say, can contribute to spreading the virus. So can farmworkers having contact with wild birds, including when hunting.

“Whether that’s limiting access where we source feed and water, even truck routes, how do we try to limit those connections that might spread pathogens between flocks are all really important,” Bowman said. “At this point, every person producing poultry has to be considering how to improve their biosecurity.”

Is it necessary to kill millions of chickens and turkeys?

Infected birds can experience complete paralysis, swelling around the eyes and twisting of the head and neck, according to the USDA. The virus is so contagious, experts say, that there is little choice but to cull infected flocks.

Methods include spraying chickens and turkeys with a foam that causes asphyxiation. In other cases, carbon dioxide is used to kill the birds, whose carcasses are often composted or placed in a landfill.

“It’s arguably more humane than letting them die from the virus,” Kean said.