In the first episode of HBO Max’s The Staircase, the Peterson family is seated around the table for dinner. Michael, Kathleen, and their children toast to each other—seeming a happy, loving blended family. Little did anyone know at that time that on December 9, 2001, it would all fall apart. After Kathleen Peterson’s strange, untimely death on the staircase in the couple’s home, Michael and Kathleen’s children would each take a stance on whether or not they believed that Michael was involved in Kathleen’s death, and play a role in his trial.

Here’s a breakdown of the family members, how they sided during Michael Peterson’s trial, and where each person is now.

Clayton and Todd Peterson are Michael Peterson’s sons from his first marriage to Patricia Sue Peterson. Todd was the first person to see Michael after Kathleen died, as shown in the first episode of HBO Max’s new series. Peterson’s sons have always stood by their father, who has maintained his innocence for the past twenty years. According to The News & Observer, Clayton now lives in Maryland with his wife and children, and Todd lives in Tennessee. 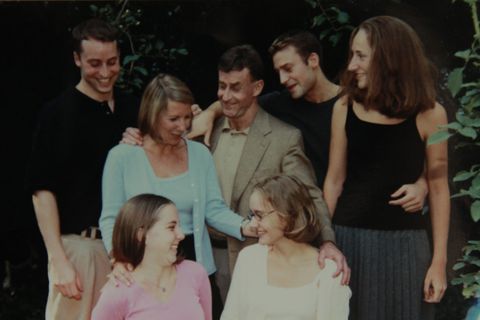 Michael, Kathleen, and their five children.

Michael and his first wife Patricia had been good friends with George and Elizabeth Ratliff throughout the 1980s, and George Ratliff died in a military operation in 1983. In November of 1985, Michael’s family had dinner with Elizabeth and her daughters, Margaret and Martha. The next morning, Elizabeth was found dead at the bottom of her staircase by a nanny, in an eerily similar way to how Kathleen Peterson would be found sixteen years later. Margaret and Martha Ratliff were adopted by Michael Peterson after their mother’s death, and actually introduced him to his next wife Kathleen, who was their friend Caitlin’s mother. The deaths of Elizabeth Ratliff and Kathleen Peterson were so similar that that prosecution had Ratliff’s body exhumed during Michael Peterson’s trial in the death of Kathleen, and the nanny who discovered Ratliff’s body testified against Peterson. Ultimately, he was not charged with the death of Elizabeth Ratliff, and her daughters—Peterson’s adopted daughters—stood by him through his trial. Today, Margaret lives in California, and Martha lives in Colorado. 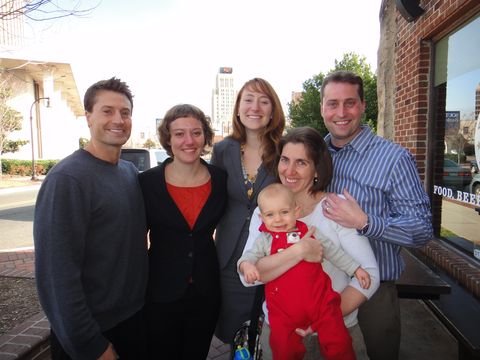 Caitlin Atwater is Kathleen Peterson’s daughter from her first marriage to Fred Atwater. While Caitlin first supported her stepfather in the immediate days after her mother’s death, she later turned suspicious of Peterson, and ended up becoming a key witness in the prosecution against him. In 2002, she filed a wrongful death lawsuit against him, which they settled for $25 million in 2007. “It’s just stopping for a minute to appreciate the value of my mother’s life and about the relationships she had is what’s most important,” Atwater said at the time. After Peterson was freed in 2017, Caitlin’s lawyer filed another complaint against him. “I don’t think he has any money,” her lawyer Jay Trehy said, explaining instead that the suit was to “disincentive any effort to profit off this case.” Today, Caitlin Atwater lives in northern Virginia with her family.