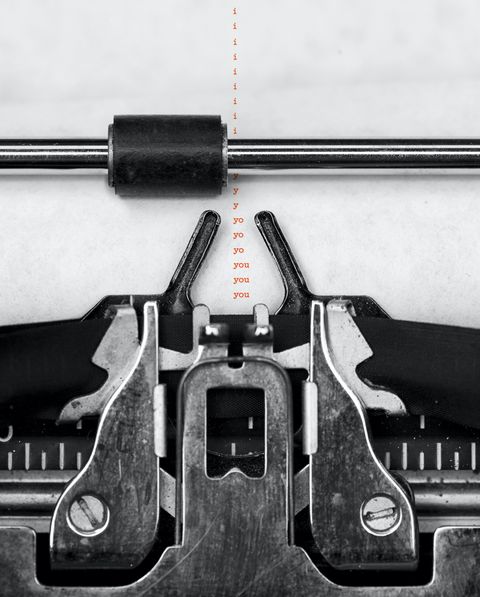 There’s a linguistic habit I’m hearing a dozen times a day, and now so will you. Someone is telling a first-person story, talking about something that’s happened to them or they’ve witnessed. The action begins: I opened the door; I picked up the phone; I turned right. But then, when the story gets dramatic, the narrator is no longer the protagonist.

I opened the door, and you could see everyone running. I picked up the phone, and you could hear him laughing. I turned right, and you saw smoke in the distance. It is an unconscious sleight of hand, a conversational do-si-do we don’t do on purpose: We sprint away from first person and slide right into second.

Survivors of school shootings tell their stories: “I ran out of the classroom, and you could see blood everywhere.” Or athletes say, “I watched the ball go through the goalposts, and you could hear the crowd lose their minds.” Sometimes people go all Inception on it: Capitol Police officer Harry Dunn described his experience during the January 6 insurrection to Michael Barbaro on The Daily with “You’re seeing all of this, and in your mind, it’s like I cannot believe what I’m seeing right now.” Back to an I, but still filtered through you, an added degree of separation between the teller and the tale.

The use of second person deepens the listener’s engagement in a story. It’s verbal 3D, conversational Smell-O-Vision. Talking Heads’ “Once in a Lifetime” wouldn’t work nearly so well if David Byrne sang, “I may tell myself: This is not my beautiful wife.” But the shift in mid-story, in mid ­sentence, feels new. The slide into second might be a tic, or it might tell us something about our relationships with ourselves in 2022.

Musician Mike Doughty finds himself doing the slide as a way to avoid the appearance of being highfalutin. “I get uncomfortable when people ask me questions about being a musician,” he says, “so I go to second person. They ask, ‘What do you do when you’re about to go onstage?’ and I say, ‘Well, you warm up a little bit.’ ” Doughty’s decades in the business entitle him to falute at any level he chooses, but he resists. “Maybe the you is a way to deflect the grandiosity of it.”

Or maybe the slide into second is a way for people to disassociate—maybe it would be too real for that school-shooting survivor to say, “I opened the door, and I saw blood everywhere.”

“In trauma, people do tend to distance themselves,” psychotherapist Peter Stuart says. “Retelling traumatic events is hard to do in the first person. It tends to re-traumatize.” Stuart notices it in therapy sessions. “A person will begin a difficult story and get more and more vague, and I’ll have to point that out—like, who got locked in the basement?”

If some slide into second to edit themselves out of a scary situation, then others use it for a different and equally modern reason: to show off. “I wonder if it reflects the way in which people are now so used to seeing themselves, as if from outside, at the center of a narrative,” says Catherine Heaney, chair of the National Museum of Ireland and daughter of the poet Seamus Heaney. “A reflexive impulse that has grown up with our use of social media and selfies and stories, turning the gaze back on oneself, so that the I becomes a you.” 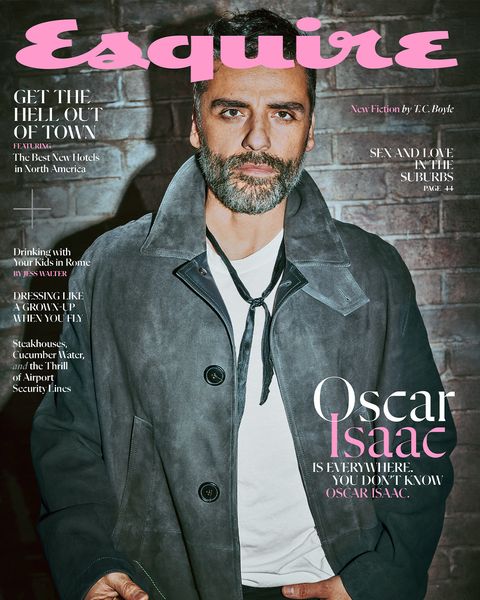 USC English professor Karen Tongson agrees: “We’ve become so attuned to being online, on social media, essentially just on all the time, that we never see ourselves as completely alone, never singular in what we experience. Our experiences are always going to be seen, read, felt by others, so the slippage from the I to the you is the narration of that blurring of perspective between the self and a witness.” Maybe this is a good thing, a small acknowledgment of a collective consciousness. “Yeah,” Tongson says, “but it’s also a bit sad, insofar as we can’t value experience without imagining someone else’s reception of it.”

In a time of wide but shallow connection—at, God willing, the end of the Zoom happy hour—maybe the slide into second is an expression of the need to relate. I just saw something incredible; now you come see it with me. “In a lot of cases, the second person strikes me as an us, like all of us are experiencing this now,” Stuart says, “like a royal you.” John August, a screenwriter and a cohost of the Scriptnotes podcast, puts it in Hollywood terms. “It’s like the we hear and we see in scene descriptions,” he says. “I’m not telling you a story. We’re in this present moment together.”

After two long years of not being in moments together, I think that’s the desire that drives the slide into second. In a particularly stressful time to be alive, we’re unconsciously updating our language to trick ourselves into feeling less alone.

Or maybe reality television and podcasts have exposed me to more people with questionable storytelling skills. Hard to say. I only know this: I hear it everywhere, and you wonder what’s up.